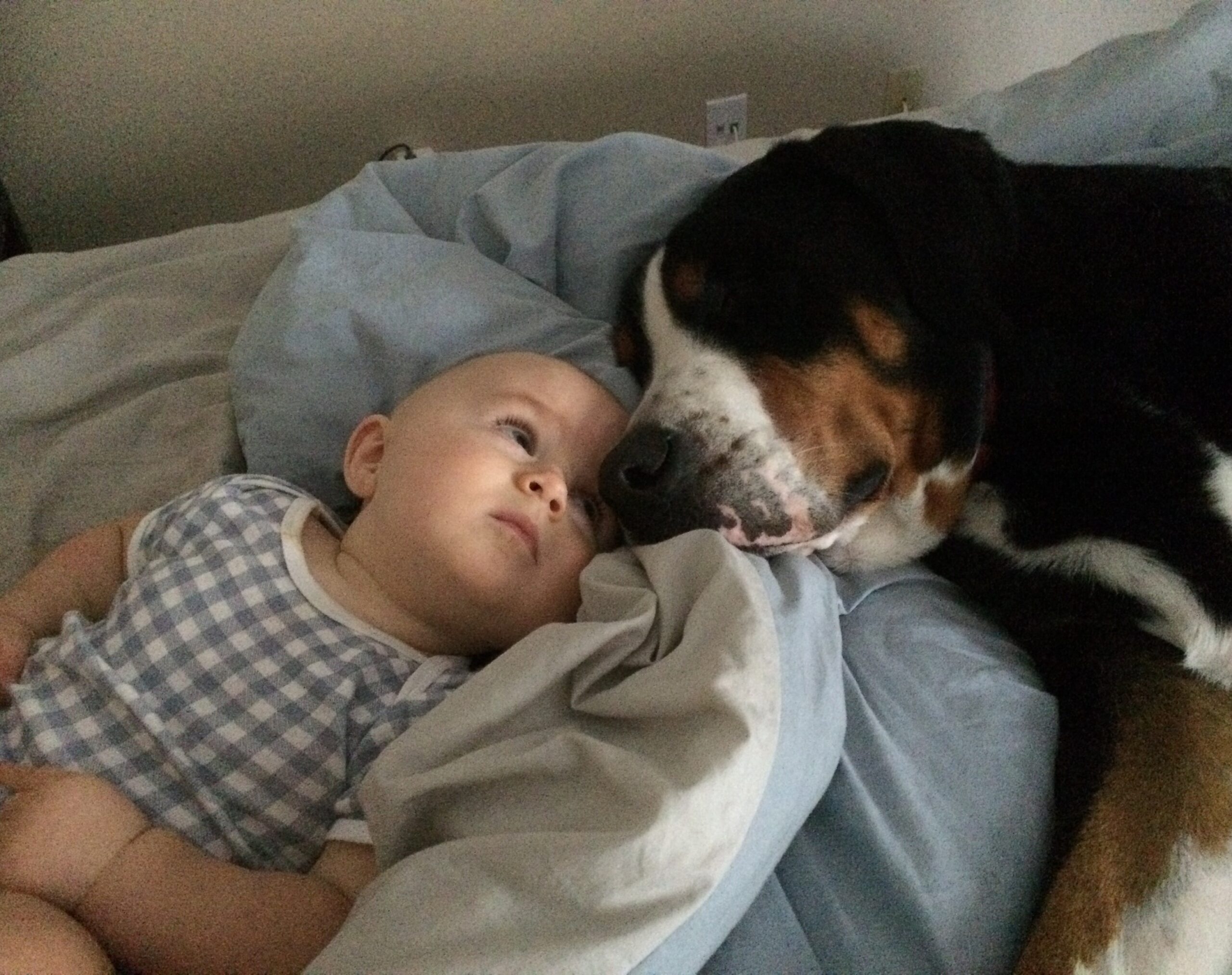 There are numerous medical studies that show a positive impact on peoples lives with the addition of a pet. For me, a dog is an essential part of growing up. It teaches responsibility and gives kids a friend who is always excited to be part of the adventure. Charlie was our Greater Swiss Mountain Dog and my best friend. 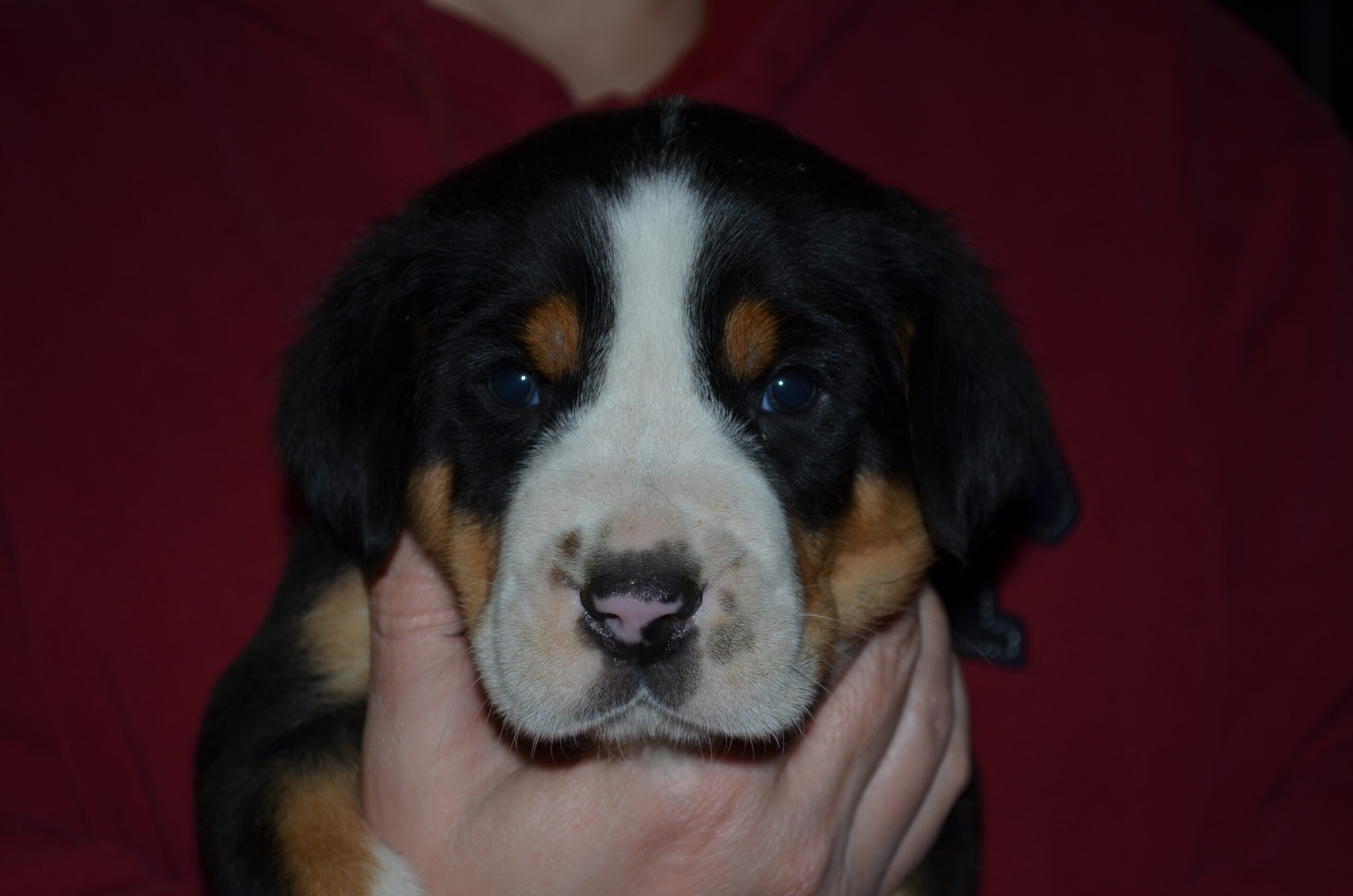 Charlie came from Quincy Illinois. Jen had to drive to El Paso Texas to meet the breeder because even at 12 weeks, he was too large to fly as a carry on. His breed is known as a large breed dog and at his peak reached roughly 140 pounds. If he stood on his back legs, he could get treats off the top of the refrigerator. 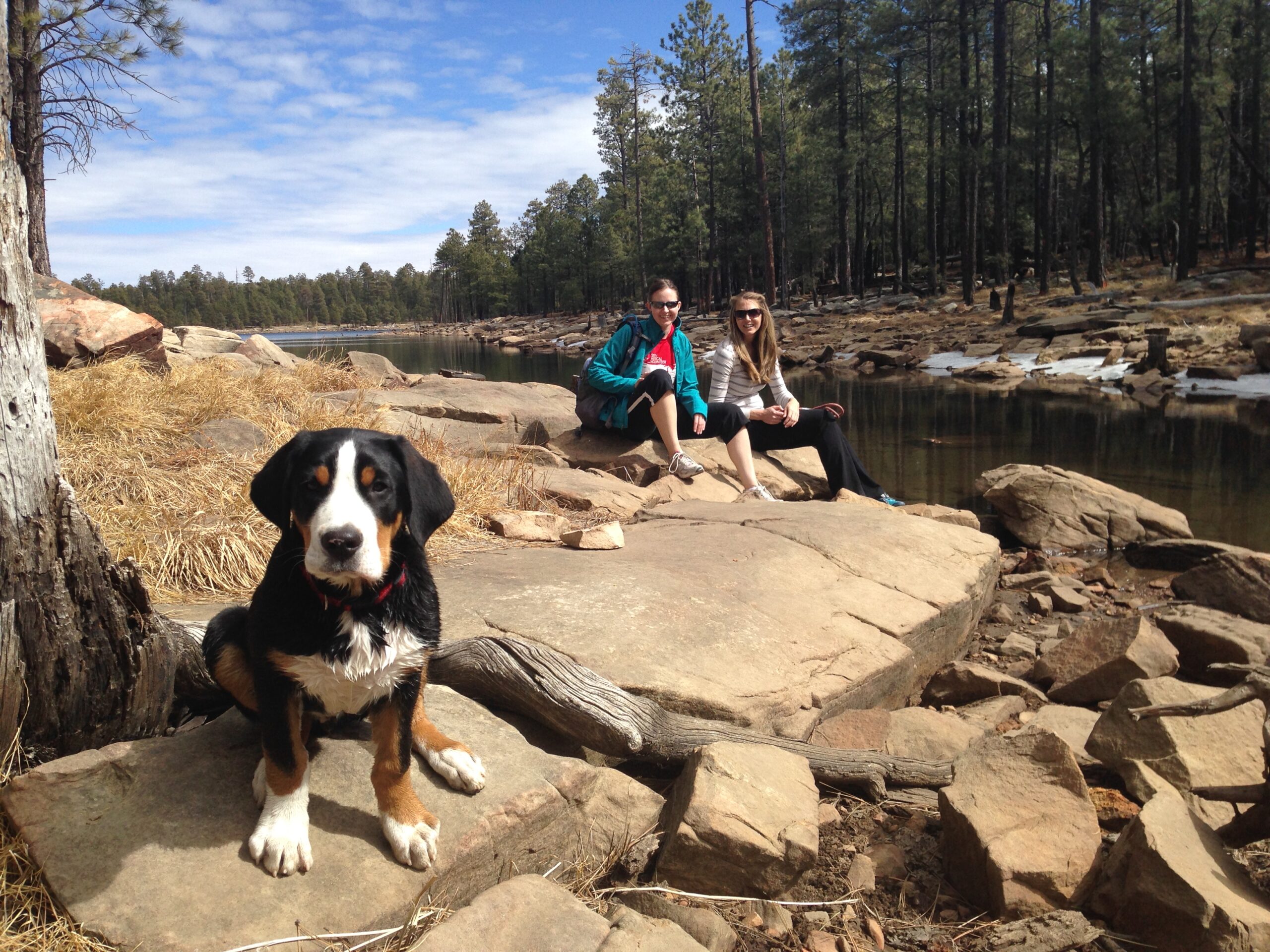 I had been researching dog breeds constantly since Jen and I decided on getting a one. We were looking for something that was great with kids, not too energetic, but something that could travel and do most activities with us. We are fairly active and spend a large amount of our spare time outdoors. I came across his breed because he fit the bill and I absolutely love large dogs. 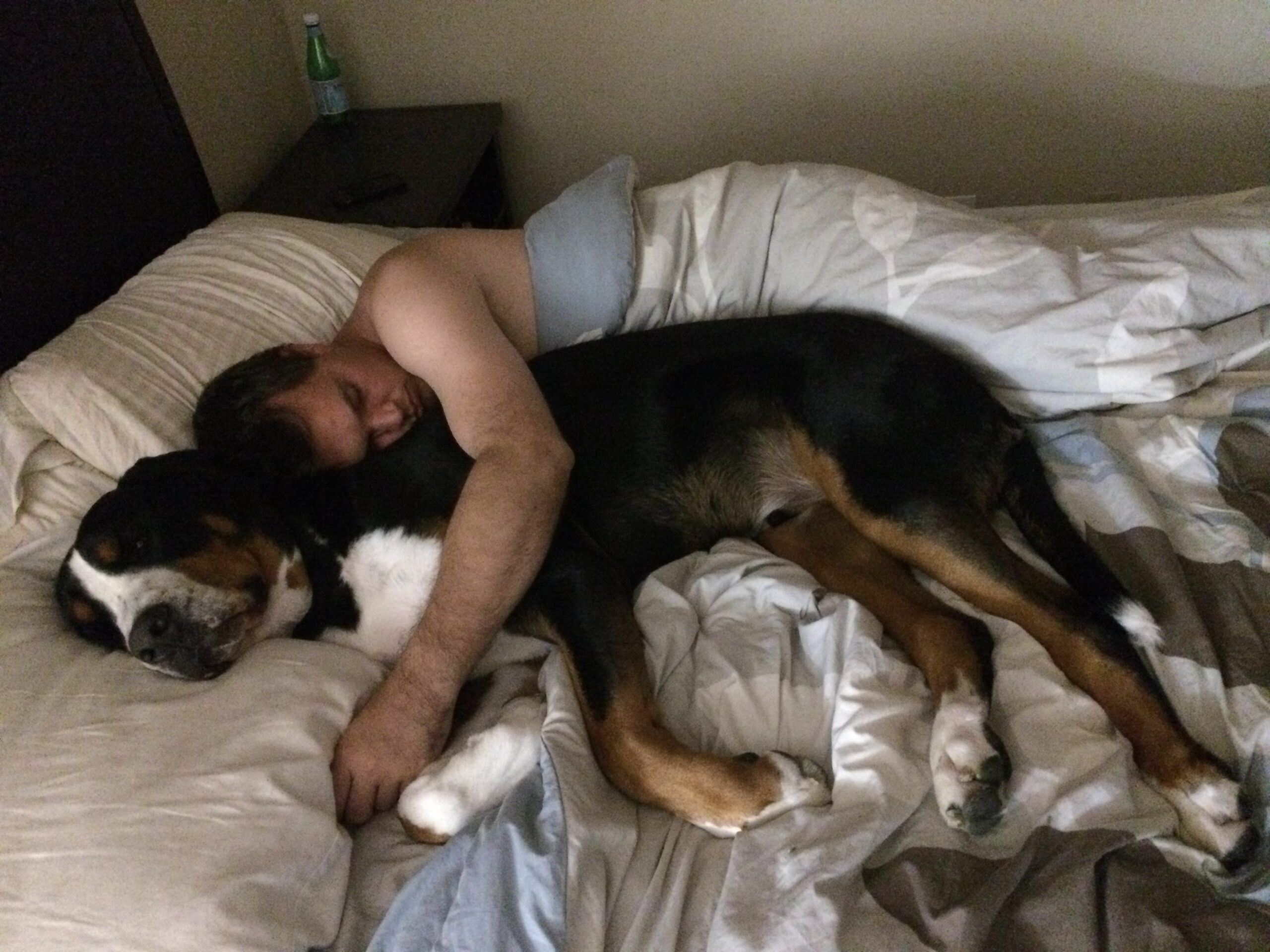 Charlie and I did everything together. As soon as Jen would get out of bed in the morning, he would jump right up and take her place. It was like having a stinky body pillow to keep you warm. He was never overbearing or in your face about things. He just wanted to be part of whatever was going on.

The kids absolutely loved him. Charlie would walk with them when we would go hiking. Lily loved to pretend Charlie was Sven whenever she wore her princess Elsa dress. She would even go hiking in it. I love this next photo because we rarely needed to put him on a leash. He would just hang out with the kids and make sure everyone stayed together. 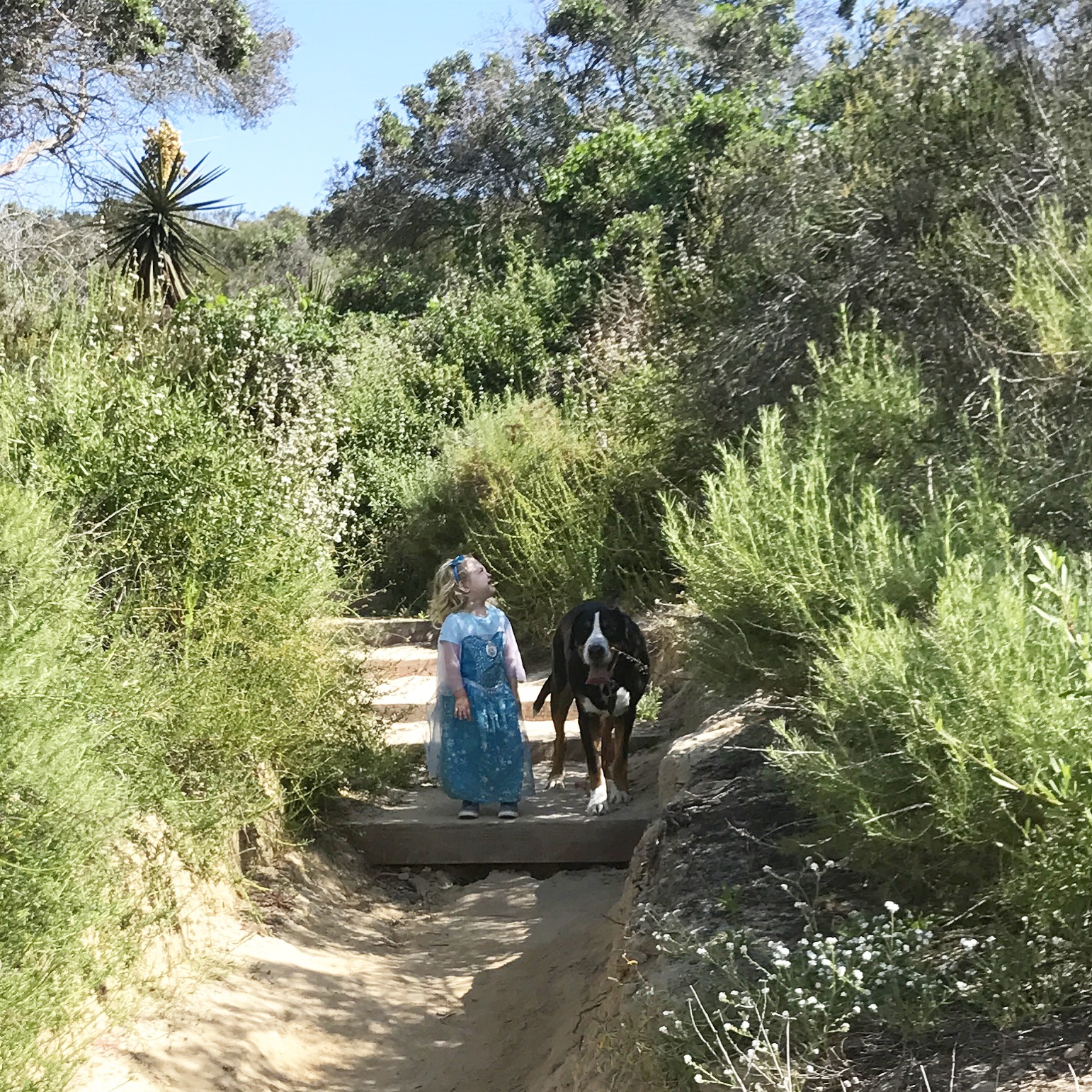 Charlie also doubled as a post meal cleaning crew. He would wait patiently while the kids ate, and once everyone was gone from the table, he would come in and clean up the floor for us. Occasionally he would clean the counters too if we had left anything out. He once ate an entire tri-tip, fresh off the grill.

This last year, Charlie began to have issues moving his back legs. We took him to a vet and they initially thought he had hip dysplasia. After a few Xray studies we found out his hips were fine but he had a cervical spine issue. We ended up getting sent to a neurologist who recommended we get an MRI.

This was a very painful time in life for us. Charlie had been with us for 9 years and was incorporated into every family trip we took and was constantly with us. The MRI came back showing advanced degenerative changes in his spine. It was causing severe compression of his spinal cord and causing him to lose control of his bowel and bladder as well as his back legs.

My understanding of what was going on was better than most due to me being a physician. I had a few conversations with the vet and had come to terms with Charlies situation a few months before we had to do anything about it.

I spent the next few months spoiling the hell out of him and mentally preparing the kids for his ultimate demise. Quality of life and chronic pain are a very real part of life decisions. I see people go through various levels of grief when their loved ones are facing a discharge to hospice. It never gets any easier. There are no right or wrong decisions.

Jen and I finally went and took him to the vet for a final evaluation. He had decompensated to the point where he could no longer walk without assistance and couldn’t get off the ground without me lifting him. He would also lose control of his bladder at random times and start to whine cause he was so uncomfortable. His appetite began to drop but I was the only one that could see his true pain.

Even in writing this story, I get sad thinking about it. His eyes always wanted to play but in the end, all he could do is lay there. The vet had offered to put him down at that visit, but neither Jen or I could do it. We opted to take another week with him and scheduled the date. I honestly don’t know why we had to take one more week. Time is a funny thing. We spent that week basically feeding him his favorite… In N Out. It made for quite a mess on the proverbial back end of the deal but I don’t think anyone would argue that it wasn’t worth it.

I discussed with kids what was going on with Charlie. They seemed to grasp that he was in pain and that he was “going to heaven” as my older daughter put it. The little one was excited because she believed that charlie was going to be fixed and not be in pain any more. The innocence of youth can be heartbreaking as a parent. You really want to tell them the truth but there are moments no matter how much you prepare for, you simply can’t find the words.

We dropped the kids off at school the same way we did everyday. Jen and I then loaded Charlie into the van and headed to the beach. We let him hang out with all the guys I surf with and even let him have some candy because… why not? 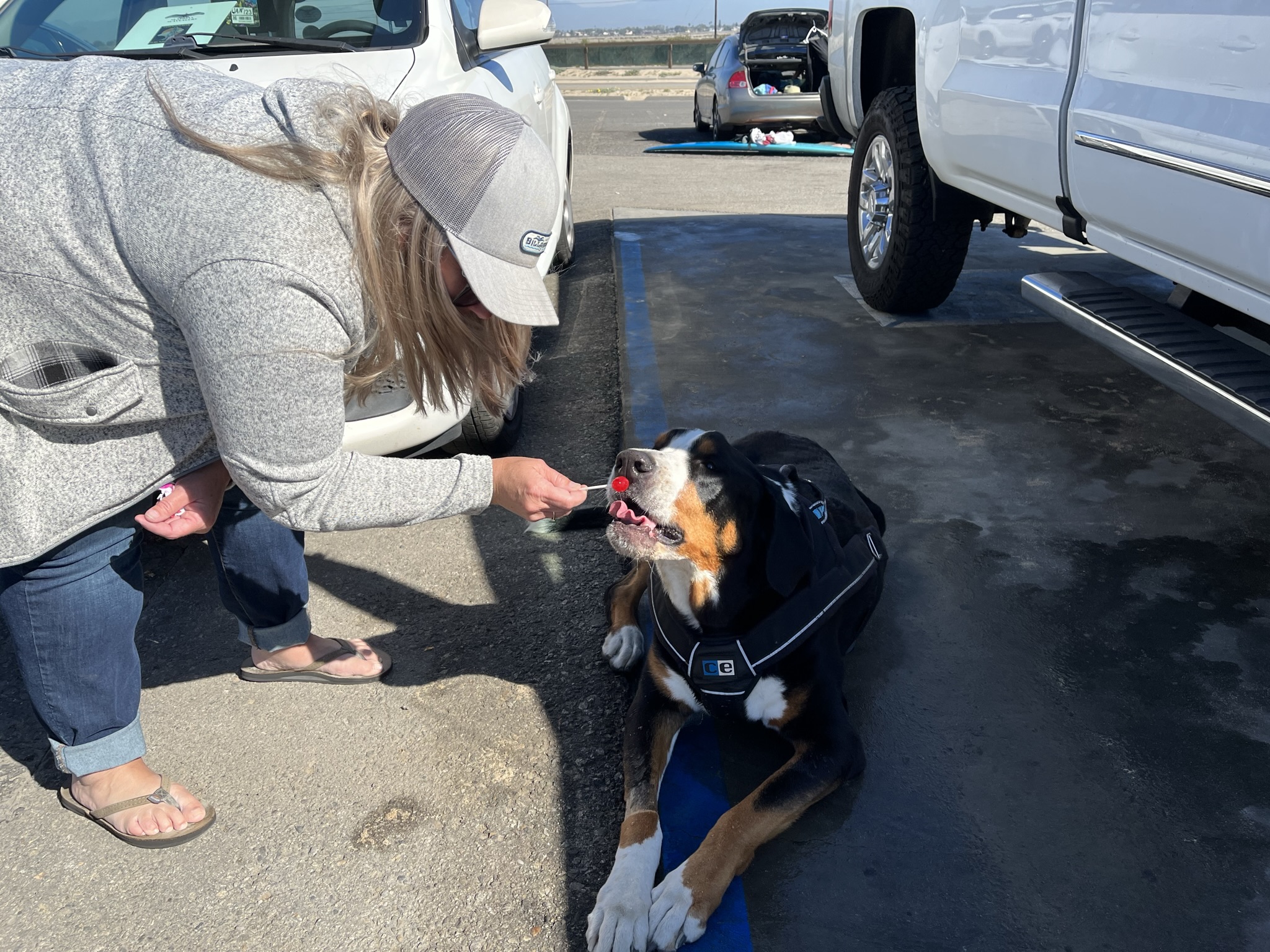 Charlie was more than a pet to all of us. We discuss getting another Greater Swiss Mountain Dog, but I don’t want the kids to feel like we are replacing him. The truth is, I’m just not ready to let go of him. We will eventually move forward and I am confident we will get the same breed. I cannot say enough good things about his breed. His personality and temperament were a perfect match for our family and lifestyle.

My all time favorite photo I have was when Charlie found his Christmas present early. I never said a word to him. I only placed the box on the ground next to him. He knew what he had done. He was a great family member and we will always remember his goofy and loving personality. 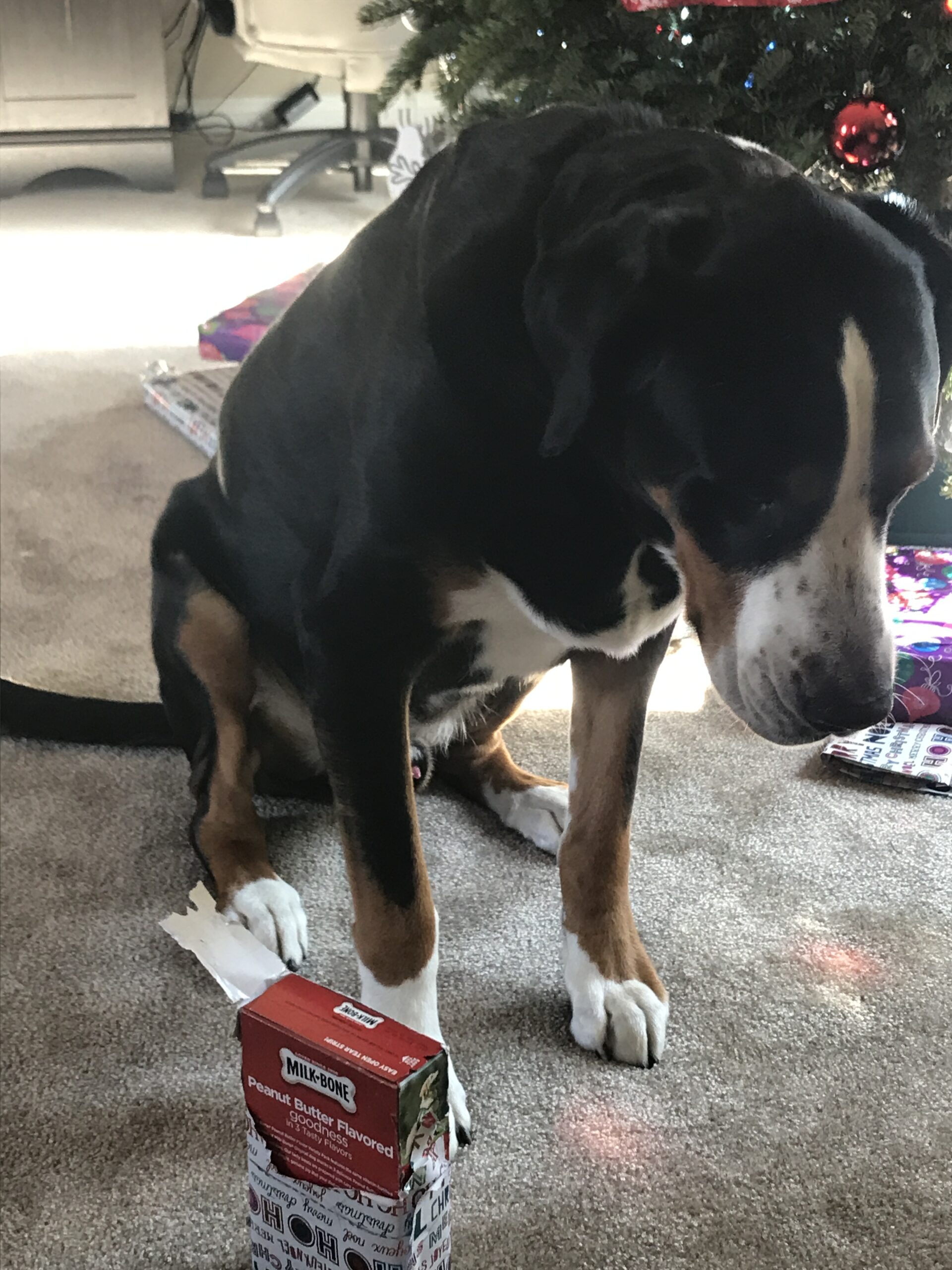 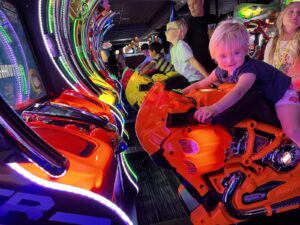 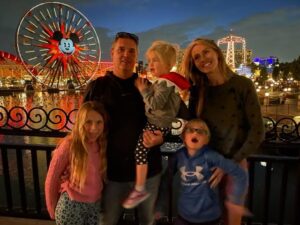 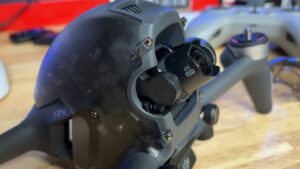