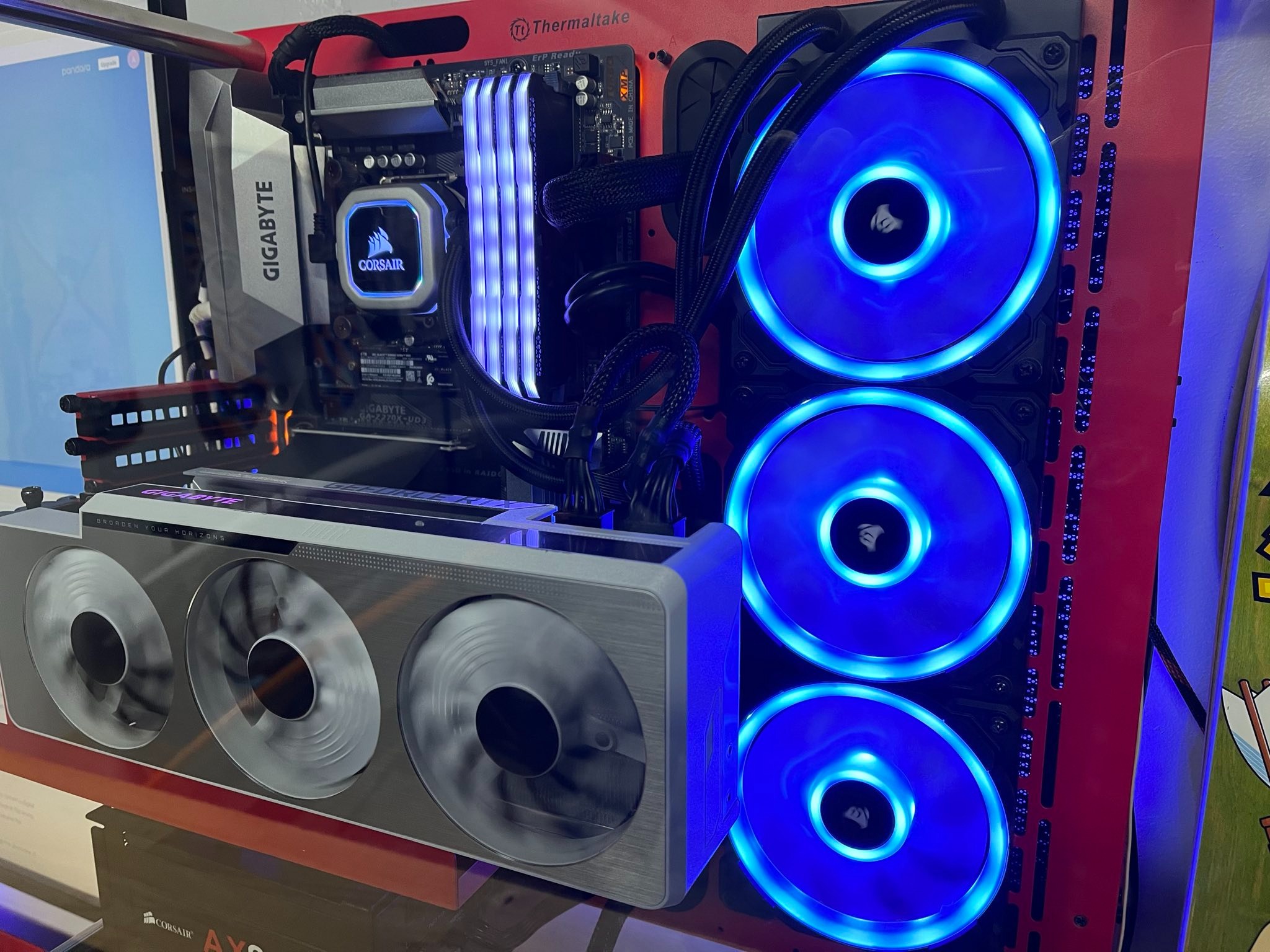 There are moments in life that are difficult to define the importance of. The last few decades we, as a society, have advanced exponentially. The strides we made in technology have never seen such a rapid increase ever before. My parents generation had their minds blown with the advent of color tv. My generation has yet to recover from the steady stream of innovation once computers and the internet exploded.

I remember being a kid and getting my first computer. It was a family computer that was mostly used for word processing and some very basic gaming. It had a dedicated space in the house that was common to everyone. The CRT monitor took up the majority of the real estate on the desk and the spaghetti like rats nest of cables behind it was impressive in its own way.

It took a few years for the DARPA project to create the tcp/ip protocol and figure out the global networking of computers. Once the protocol was released on the world it created an unstoppable monster. The internet was born.

Few people are aware that the “modem” was developed in 1949. Its sole purpose was to convert a digital signal into that amazing sound our kids will never get to hear when the pick up the phone at the wrong time. The protocol allowed for conversion of the signal on both ends and effectively became the language of computers talking to each other.

It was a simple form of a network that allowed two devices to communicate through the phone line. If another computer needed to be part of that conversation, you would have to physically hang up and dial a new number to that machine. Like all great inventions, necessity warranted additional resources and sparked the change.

Despite Al Gore’s claim at inventing the internet in his classic speech from 1999, he did not. The birth of the internet that we know today was the brain child of DARPA (Defense Advanced Research Project Agency). Most of the early origins can be attributed to Vint Cerf, which very well may be why we refer to it as “surfing” the web.

Despite my love of the DeLorean and Marty McFly’s effort to immortalize the decade that defined my childhood, the reason computers are credited with this era was because on January 1st, 1983 all hosts on the “internet” were required to change over to the TCP/IP protocol. This created the backbone of the modern “network” we view as the internet.

Al Gore effectively took bureaucratic credit for inventing the internet because he ultimately signed off on the “Gore Bill” allowing civilian use of the information from the DARPA project. I doubt anyone at the time anticipated the impact this whole situation would have on society 40 years later.

With no real evidence whatsoever, armed only with my opinion, I believe the reason my parents generation and above have a hard time grasping electronics is due to the rapidly changing nature of them. Historically you would buy a product and keep it for-ev-er. When it finally broke, you would either repair it yourself or find someone who could.

Fast forward to my generation. We were raised with the technology landscape changing so fast that we became accustomed to updates. It was essential to update to stay relevant. By todays standards it is now a security risk if you fail to update. I see this as a massive issue until society as a whole begins to accept technology for what it is… disposable. You should never be so dependent on technology that you cannot function without it.

The legacy generation as I like to call them, hates change. They resist on principle alone. Their mindset is that “this is how its always been done so why change it?” That stability is what made their long term plans like social security, welfare, and even health care become a giant mess. The inability to dispose of old ways and reinvent the wheel out of fear of change has crippled them into an irrelevant shell of what their generation once was.

I have much respect for their pioneering of the early stages but am constantly reminded of their failures every time I hear how computers are useless. My father is also guilty of this. He just recently upgraded to a smart phone. He adamantly hates technology because he hasn’t found the utility of it in his daily life. In his retirement, he lives content to be self sufficient and functional for the coming zombie apocalypse. Something that is lost on my generation.

In my fathers defense, his self sufficiency is a goldmine of wisdom and practical skills. My generation has essentially backed themselves into a corner so far that we cannot function without technology. We have become dependent on commodities. It is an addiction. It is unhealthy. However, this does not mean we have to raise our kids as Quakers.

In the 6th century, St. Benedict stated that “Let all things be done in moderation.” I think as parents our job is to expose our kids to the advancements of society but in a controlled manner. I am so fortunate that my parents took the time to embrace technology when I was a child but also kept me from becoming dependent on it.

In my profession as a physician I am constantly utilizing databases, computers, and various devices to diagnose and treat patients. However, the network can occasionally go down. There are also times when I am in remote locations covering sporting events where I need to improvise how to stabilize an athlete and prep for transport. If I was solely dependent on my “system” for answers I would effectively harm my patients when the system failed.

I now take great care in teaching my children to embrace technology. Although, at the same time I am very cautious to ensure they know how to do things the old fashioned way as well. I also teach medicine in a similar fashion to the residents and fellows that are in my program. My parents did something amazing that parents today often fail at miserably. They forget to teach their kids moderation. Embracing technology does not mean embracing addiction.

The Evil in the World

A gross oversimplification would be to say that the world is an evil place. Fortunately, it is not. Like all bad things, it is a subset of the population that does evil things. This evil is what becomes the memorable qualities and is reinforced every time we turn on the tv but is a poor representation of your average human being. Do not teach them to fear the world.

Our kids will be exposed to evil. They will encounter hate and they will need to be guided on how to deal with it. We cannot possibly be there to save them every time the world decides to beat them down. It is our job as parents to educate them about the evils in the world but at the same time teach them how to create good in its place.

It is not enough to simply tell them what is good and what is evil. We must go several steps further and teach them how to think about it and how to identify it. Our goal should not be to protect them against every possible negative outcome. It is impossible for us to predict every scenario. Instead, our goal should be to teach them about all the good things in the world and the utility it can provide. Educate them on both sides and they will learn to be self sufficient when you are not there to tell them what to do.

Over the last few years I have watched my children grapple with technology. My personal favorite is watching my 2 year old argue with Alexa when the algorithm won’t play her favorite song. If you have ever entered into an argument with a 2 year old, you are an idiot. There is no logic there and you will never win. However, watching them argue with an AI model is somehow cathartic. Alexa will NEVER give in to their kicking and screaming.

In the coming weeks I will be building a windows based computer with my kids from scratch. The parts have been specc’d out and ordered. I am excited to teach them about each piece and how it affects the ultimate outcome. I am also looking forward to the software portion because it will teach them about embedded devices. My hope is that it will demystify how things work and open up doors to their curiosity for building things in the future. There is no right “age” in which to do this but I attribute much of my ingenuity, self sufficiency, and resiliency to my early exposure to technology.

Stay tuned for the outcome. The parts are already starting to arrive… 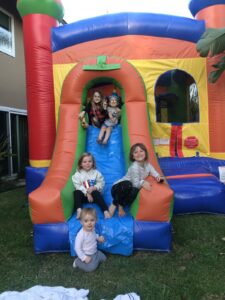