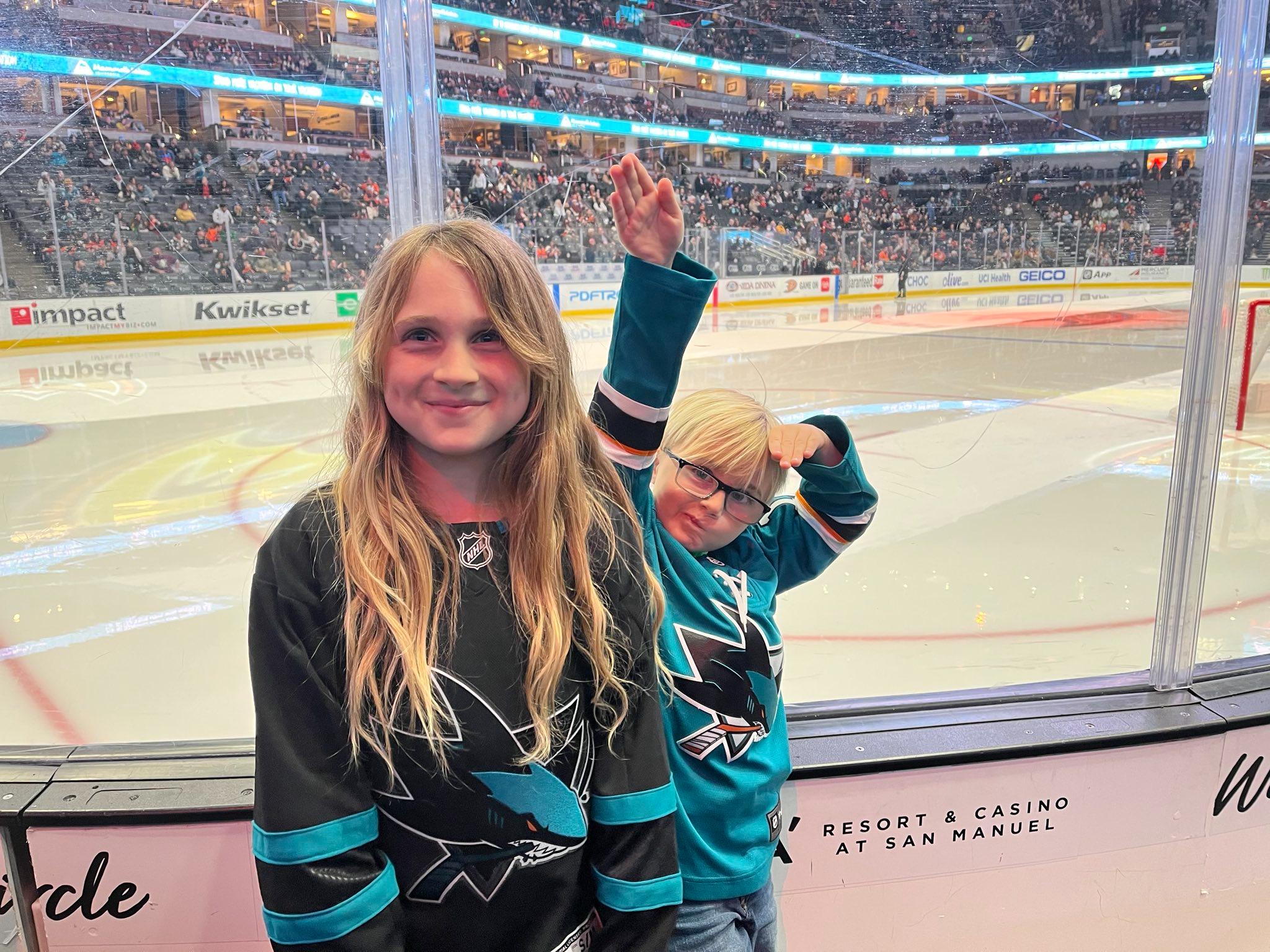 From a medical standpoint, physical activity is a big deal in developing children. We want kids to utilize their bodies in a dynamic environment and encourage physical activity as a lifelong habit. Unfortunately, not every child shows the interest. This creates difficulty when trying to engage them in some type of activity. I lovingly refer to our basic rules as the “Rules of Engagement”.

In our house, we have some basic rules.

Rule number 1 is a fundamental rule that ensures people trust what you tell them. This is a basic agreement that states, if I give you my word on an issue or agreement, I will do everything in my power to ensure that it happens. Unfortunately, this is a lost art amongst the younger generation.

It breaks my heart to read articles in the news about “quiet quitting” or “ghosting” an employer. The fact that you are no longer able to take an individual at their word is very disconcerting for our future as a society. As a parent, I go out of my way to hold my children accountable for their promises because that is what I also expect of myself.

I consider this to be a fundamental principle of parenting as well as a fundamental principle in life. As a physician, I routinely have a tight schedule. Patients agree to a certain appointment time, and I agree to see them for a specified time period. When a patient shows up late, it forces me to break that agreement with my next patient and puts me behind schedule. My clinic has a grace period of 15 minutes, if you are within that time I will find a way to see you. Any later than that, my staff will ask you to reschedule. This is not because I want to ruin your day. It is because I made a commitment to all the other patients on my schedule to see them at their specified time.

In the parenting world, getting kids to understand the importance of keeping that promise is pivotal. The problem I see most parents make is the lack of consistency. When a child decides “I am going to lose my shit for no reason” and mom and dad make a threat of punishment, it tells the child that if they do not stop the unwanted activity or behavior they will suffer a consequence. The issue arises when the child essentially calls them out and says “prove it.”

My wife and I go back and forth over these rules, but this one more than the others. It makes me laugh because when she is out with her friends and I have to put them to bed, they are lights out by 8pm. When Jen handles it, it becomes a never ending “can I have another story?” or “one more song.” or “i need a drink of water” or even “one more question”. Reluctantly mom ALWAYS gives in.

Mom then eventually comes to bed at which point I have been laying in bed for a minimum of an hour watching tv. I lose that opportunity to spend time with her. Parenting is tough because you rarely get to spend time with your spouse. I really want to stress that point. Having kids will not save your relationship, it will only complicate pre-existing issues. Have your relationship in order before having children to prevent excessive strain on the relationship.

Lets be honest here, the world is a difficult place to navigate with increasing criminal activity, identity theft, online scams, social media, and homelessness. Helping others seems like an obvious thing to do but how do you distinguish between helping, enabling, and being taken advantage of?

Teaching children how to foster their helpful nature is a balance of also teaching them how to analyze situations. I try to teach them how to ask “why” a person needs help. If you can understand the situation, it makes it easier to find the solution. Often times the solution is not as obvious as you would think.

For example, imagine a charity collecting money to help hurricane victims. The charity reports they are sending your assistance to various parts of the world and collecting supplies to rebuild homes and provide medical assistance etc. This seems like a very altruistic opportunity to help others until you realize the charity only sends 1% of the funds for actual assistance and the other 99% goes to the employees of the charity.

If you think this example would never happen, I have a nice plot of land I would like to sell you…

The point I am trying to make is that helping people is difficult. Enabling them is easy. Enabling someone removes their ability to help themselves. It reinforces bad behavior. It creates entitlement. This is similar to feeding wild animals and they in turn lose the ability to hunt. In terms of parenting, this is what happens when you do too much for your child. Imagine giving in to their demands every time they say “I can’t do it”. Eventually they won’t be able to. Helping them is teaching them to develop skills that make them more confident and self reliant. It is difficult to help others if you cannot help yourself.

This is perhaps the most difficult part of parenting. I have to set the example and follow through on everything I say and do. Consistency is a critical point for parenting. Kids need to know what to expect.

I mostly use this rule to teach them about being part of a team. My older two children play sports. The little one is not quite there yet. Lily in particular has been difficult at times because she really wants to play minecraft instead of sports. I want to be clear on this though – It’s not that I demand they play sports for the sake of being a pro athlete. I want them to play sports so they learn teamwork, structure, and do some sort of physical activity.

This rule comes in to play when my kids tell me they don’t want to play a certain sport any more. Lily really wanted to play basketball up until she actually had her first game. She thought basketball was a social sport where she could spend time chatting it up with other kids. This all came to a grinding halt when the coach was shouting at her to run the court and get open.

Lily began to put her hands up like she was signaling for a pass. She then proceeded to casually walk from one end of the court to the other. The opponent she was paired to was cleverly distracted by her ability to strike up a conversation. Something she is insanely good at doing. Unfortunately, this isn’t really the most applicable trait on the basketball court.

After the game, Lily came to me and said she didn’t want to play any more. I completely understood the deflated ego and her lack of confidence with the sport.. we sat down and I explained that I don’t care if she is the best or the worst on the team. I just wanted her to have fun. She said that basketball was not fun for her. I sympathized with her because even when I was a child, I was horrible at basketball and even worse as an adult.

During our conversation, I explained to lily the importance of trying new things. It is a big deal to expand your knowledge base and never be afraid to try. I also explained the importance of not giving up. This is the fundamental principle of this rule. The concept of following through was a tough lesson for her at this juncture because she really did not like playing basketball.

I took the extra time and let her know how proud I was of her because she tried basketball. We then discussed that she was a vital role on the team and that when she signed up, she made a commitment to her team mates. I explained to her how important it is that she always finish what she starts because of that commitment. She reluctantly agreed, and finished out the season knowing that she didn’t have to play again unless she wanted to.

I think having a set of basic rules to set expectations is a pivotal step for children to develop. These three rules seem to set the ground work for fostering the basic human traits that many people in society are lacking today. It is difficult to take people at their word due to the lack of accountability. Holding children accountable for their actions will set the stage for personal responsibility in their adult life.

I have a great relationship with my kids because of my willingness to listen to them. They know that no matter what happens, I will sit down with them and hear what they have to say. They also know that whatever outcome is decided, I will hold up my end of the bargain. It is also expected they will do their part. I encourage all parents to actually talk to their children and hear them out. It can be difficult after a long day of work, but the extra effort makes a big difference in their lives.

An old boss I once had said that 90% of the time you spend with your kids happens before age 10. Enjoy it while you can. 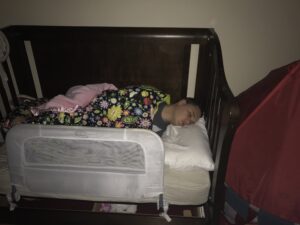