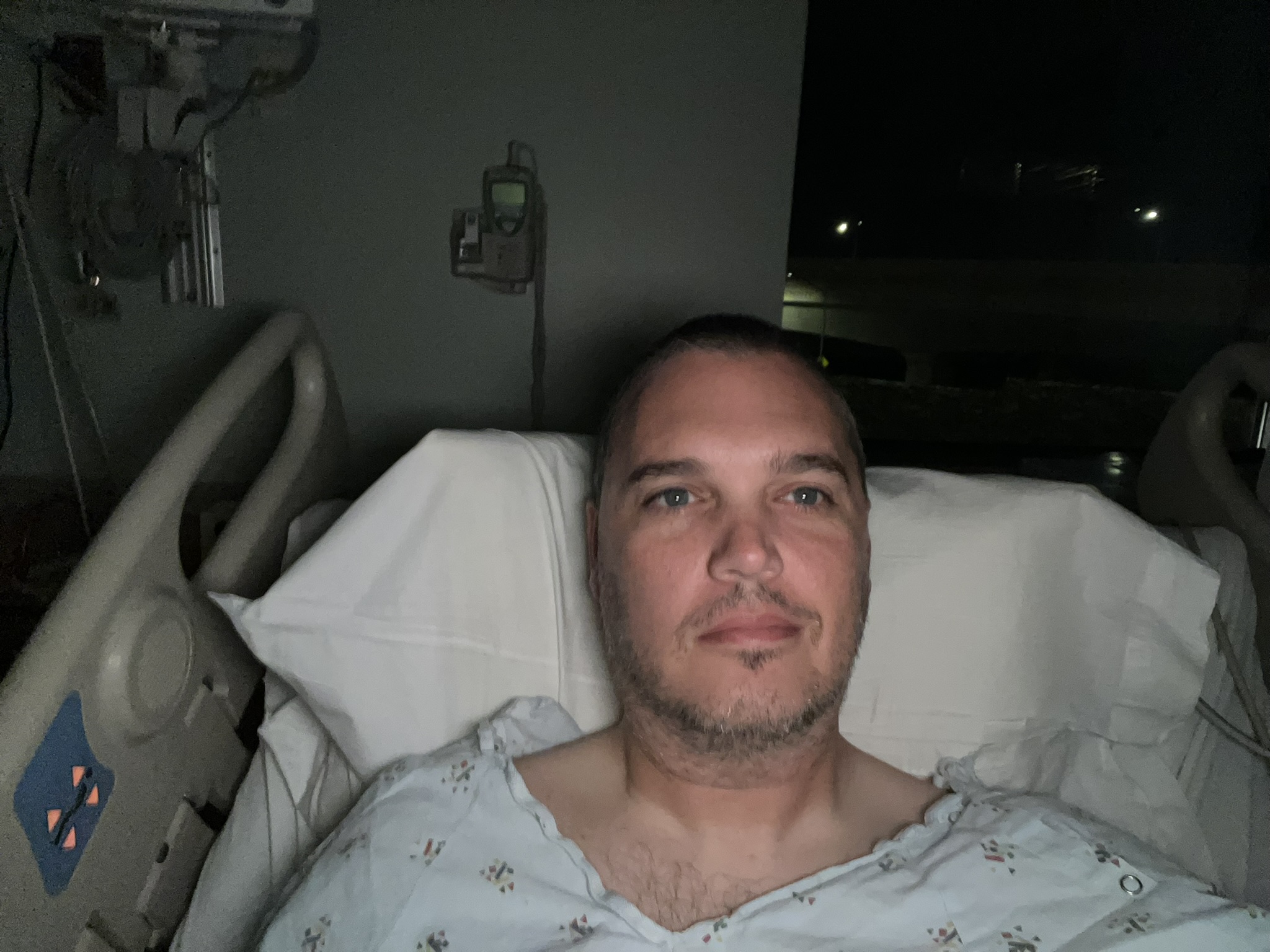 A long long time ago in a journey through life that was frequently interrupted by a burning in my chest. No, I am not talking about a metaphorical burning like those found in a romance novel. I woke up every day expecting to end it in crippling burning chest pain from Acid Reflux.

Much like those of you reading this, when I was younger I used to eat anything I wanted. I didn’t worry about weight gain or how it was going to effect life down the road. I simply had a craving and would satisfy it given the chance.

Ruminating on Past Mistakes

If you have never had heart burn, indigestion, or acid reflux, congratulations. You have been missing out my friend. It is much like having someone stab you in the chest with a hot poker while they dump a metallic flavored sauce in your mouth. Occasionally it gets so bad that food actually makes it way to your nose. If you are really unlucky you can aspirate it into your lungs. This is where I come in.

My wife has been dealing with me for years. Most nights I cough, some nights I cough so hard I actually vomit all over myself without warning. My poor wife has to sleep next to me while I hack up my stomach contents, breathe it back in, and then proceed to vomit all over the bed. It rarely makes for a restful night of sleep.

Why she lets me sleep in the bed is beyond me. I feel like a gremlin in that I cannot eat after a certain hour or I turn into a monster at night. I sometimes wonder if she feeds me too late on purpose when she is mad at me. Perhaps it is her way of getting silent retribution for keeping her up all night. If it is, it is a vicious cycle.

The typical cycle for me was to eat and wait a few hours. Then, in a slow methodical release of bad karma, my stomach would secrete acid. My esophagus would let it creep up into my throat. The acid would then start a microscopic war with the cells lining my insides. The result was burning in my chest. I would then reach for something like Tums, or Rolaids, or Mylanta. Eventually I progressed on to pepcid but even that wouldn’t stop it.

The years went on, and I was able to effectively manage it at the advice of my doctors and instructors. Their best advice was to take a PPI or Proton Pump Inhibitor. The over the counter med was called Prilosec, or the generic being Omeprazole.

What does a doctor know anyway? Yes, I realize the irony of this statement being that I am in fact a doctor. No, not like doctor pepper, but an actual board certified, licensed in multiple states doctor. I knew the types of diagnosis that could cause my situation but had effectively ruled them out as I went through the years.

Lacking any better options, I had resigned to my personal fate. I changed my eating habits, dietary intake, and religiously took the medications as directed. This still did not stop the war raging inside me.

Like a good student, I also knew the complications that this could lead to. Specifically, untreated acid reflux will cause Barrett’s esophagus. This is the leading cause of esophageal cancer. Cancer is cancer…. You don’t need to be in crippling student loan debt to understand that aspect of medicine.

My only option at this point was to increase the medications. The standard dose was 20mg once daily. I began taking 40-60mg once daily depending on what happened. I would typically wake up, take the 40mg and get on with the day. about 50% of the time I would take the additional 20mg in the evening when I could feel my chest losing the fight.

I would then go to bed and try to sleep. About an hour into sleep I would forcibly wake up in a fit of coughing. I would cough so hard that anything that was in my stomach would then make its way up with the next cough. If I didn’t react quick enough and cover my mouth with my hand, it would be all over the bed as well.

This went on for several years. YEARS… I have not slept through the night in several YEARS.

In 2021 I unfortunately broke my ankle. If you have been following along, you know how life changing that was. It forced me to slow down and rethink several aspects of life. Of which, my health was a big part of that. What was not covered in that story was the fact that I was vomiting blood throughout surgery.

It is never good to vomit blood. I don’t feel like I needed to explain that one, but there it is anyway.

After being discharged from the hospital, I was instructed to increase my dose of PPI to 80mg. This is now 4x the normal dose. I had several people question the side effects of the medication and if it had contributed to my ankle injury. One of the side effects for the older population studied with this medication included osteoporosis. That means decreased bone density.

I cannot say definitively if this contributed to my injury or not because I do not fit the profile of the original study. However, I cannot rule it out. The fact is that I had been taking relatively high doses of a medication known to cause pathologic fractures for over 2 decades. Yeah, there is likely something to unpack there. Unfortunately, there were more pressing matters at hand.

I scheduled the follow up with a GI doctor and underwent an EGD. They Sedated me and then shoved a camera down my throat to look for a source of bleeding. This is where life gets tough again. I haven’t really explained the part about me knowing I had an ulcer. I also downplayed the fact that I would also intermittently vomit blood for no reason. I was scared.

I knew I needed the scope done but there was real fear there. I had been having horrible symptoms for so long that I was convinced my results would show cancer or at the very least some barretts esophagus. The day came when I had my colleague pull my results for me. With hands sweating I let her read them to me in clinic.

I cannot express the confusion and happiness I felt. On one hand I no cancer. I didn’t even have an ulcer. What I did have though was a diagnosis. I had a smoking gun for all of my symptoms. The confusing part was “where was the blood coming from”?

I made a follow up appointment with a Bariatric Surgeon to discuss my options. The surgeon read the report and educated me that my hernia was likely causing my reflux symptoms. The fact that I had been so compliant with diet and medications is the only reason I didn’t have an ulcer or barretts. He said the bleeding likely came from something called a Cameron Ulcer.

A cameron ulcer occurs when the stomach pops through the hole in the diaphragm muscle (hiatal hernia) and gets pinched by the muscle. This causes the blood supply to get cut off and eventually makes the stomach bleed. It heals rapidly and likely healed during the weeks waiting for the EGD appointment.

He then offered to repair the hiatal hernia and fix the esophagus. This would involve a procedure called a Nissen Fundoplication. The alternative is to place some metallic magnets around the lower esophagus but given my history with injury it would likely limit MRI studies in the future. I opted to go with the Nissen.

Before moving forward with the Nissen, the surgeon requested that I do a barium swallow. He wanted to ensure I still had normal esophageal motility and see how bad my reflux was. I had told him my symptoms and explained I couldn’t sleep but he needed to quantify the severity. I was able to obtain the barium swallow a few weeks later.

To save you the details on a barium swallow study I will summarize. I went to the hospital radiology department where they made me drink some amazingly bland and terrible tasting foods. They put an XRay camera up against me and took numerous photos as I ate food. They watched it travel from my mouth down to my stomach in real time. The results of which indicated Severe Reflux up to the level of the upper esophagus.

The day came when the surgery was scheduled. I was going into a surgery a couple days before Thanksgiving fully aware I wouldn’t eat solid food for several weeks. I didn’t care. I just wanted to feel normal again… and not get cancer. I suppose thats a big driving factor too.

Post op day 2 and 3 were pretty much the same. Pain was decreasing but still localizing to the same areas. The actual incisions felt like you would expect for having some stitches. It really wasn’t anything I haven’t felt before so I didn’t think about it. The chest and shoulder however… it made it extremely difficult to lay flat. This made it difficult to sleep.

Drinking is still difficult. The volume has to remain small. Part of the Nissen uses the surrounding soft tissue to bolster the lower esophageal sphincter. This makes the stomach a little irritable. Trying to get the liquid in is one thing, trying to keep it in is another.

The pressure builds pretty quickly and it is difficult at best to burp. Sometimes altering positions can create a valve like effect and alleviate some pressure inside the stomach. Slowing down the rate of intake can also help this as well.

I started this journey several decades ago. After undergoing several diagnostic studies, various medical treatments, and dietary modifications my quality of life had deteriorated to the point where I was willing to take bigger risks. The surgery itself isn’t so bad. The recovery and liquid diet is the difficulty in the equation.

I am currently 5 days post-op and feel pretty good. I am drinking my liquids slowly with intermittent pain due to pressure building in the stomach. Last night was the first time I slept through the night without waking. I have not taken any medications since the surgery. NO PPI’s!! Granted I have not been able to really eat anything but historically it didn’t matter. Even without food I would be in pain. Today I feel completely better and have extremely high hopes that this has essentially halted the war raging inside me. 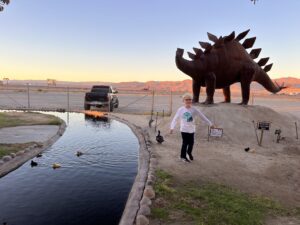 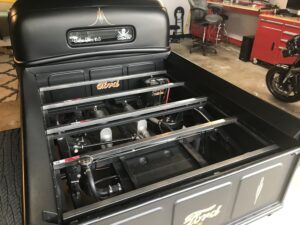